I lobbied incredibly hard (really hard) to have coordinating costumes for you three, and there was zero interest. I threw out three little pigs, grinch, disney characters and idea after idea was rejected. Sigh. I don’t think I will ever win this battle again.

Lexi: Hatchimal unicorn–because now we are at the stage where you combine two different things into one costume. 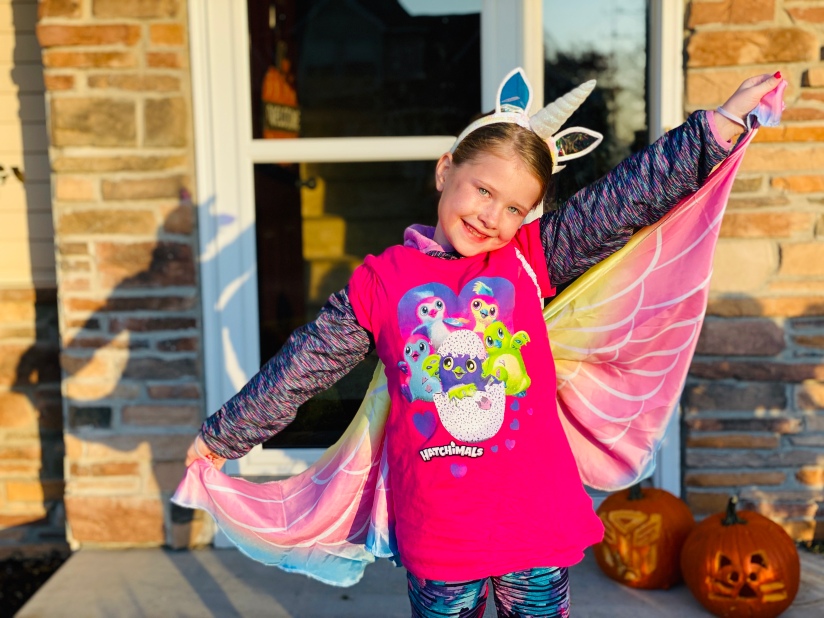 William: Dinosaur (same costume as last year, which barely fit–but was perfect as he loves green and dinosaurs) 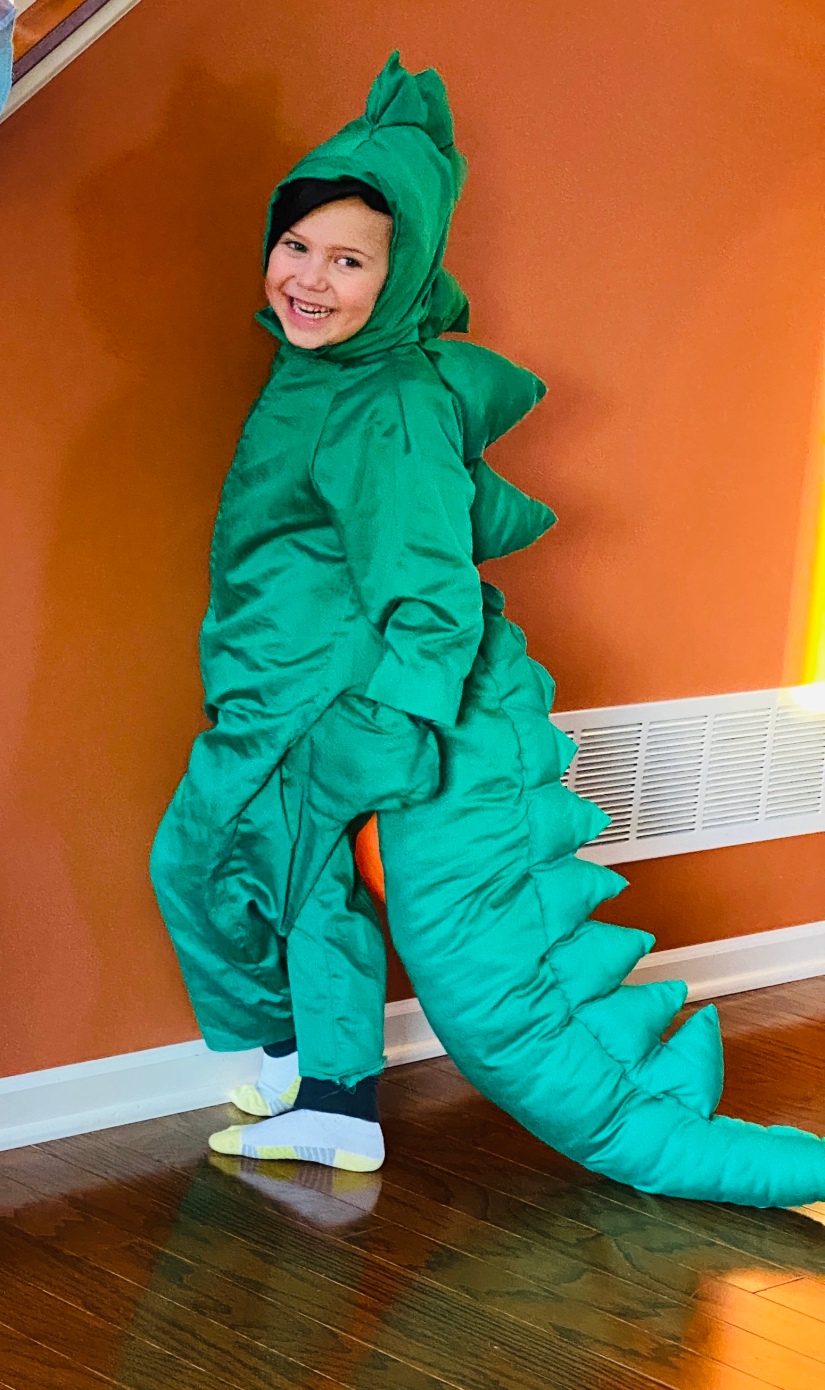 Kate: Was supposed to be Minnie Mouse–but refused to even try on any part of any kind of Minnie Mouse costume, so we resorted to being a duck because her rain jacket–which I know she loves to wear has a duck on the hood and it was the only thing I was confident she would wear. 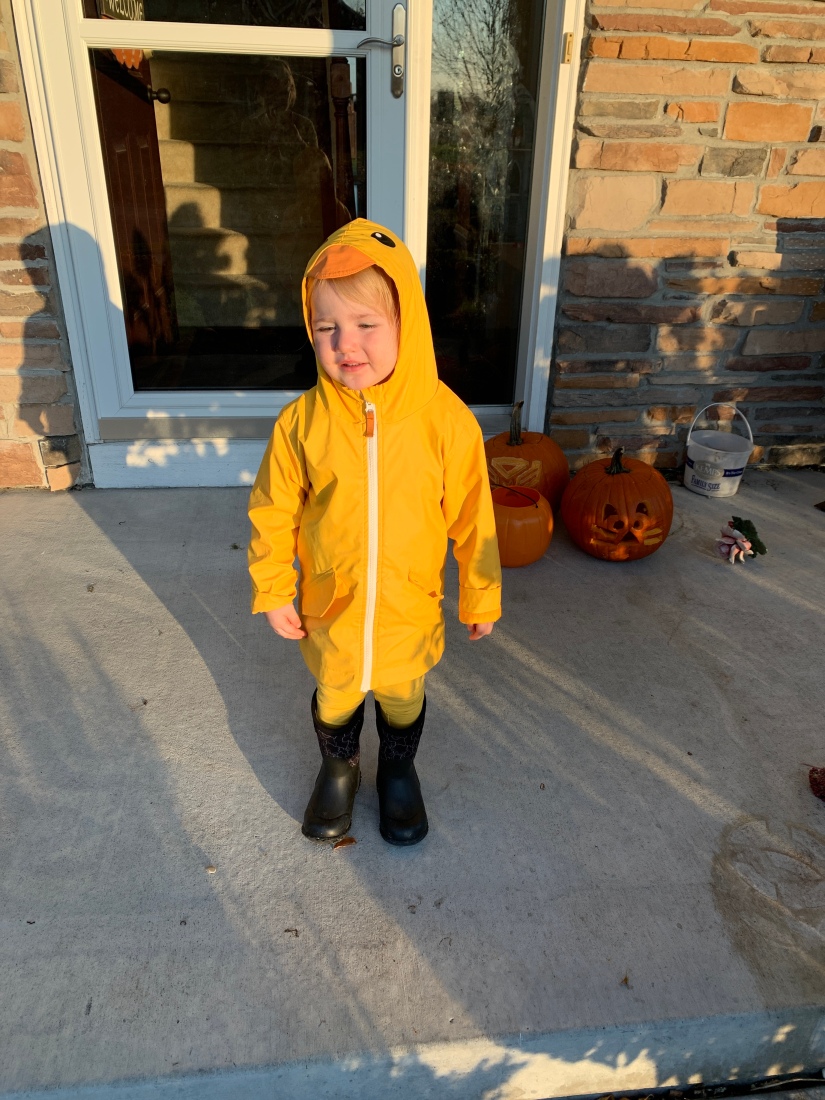 Per the use’ we had a slew of activities to help us celebrate.

Lexi had her Halloween celebration at Dance where they do a few different Halloween themed dances and then share some snacks. 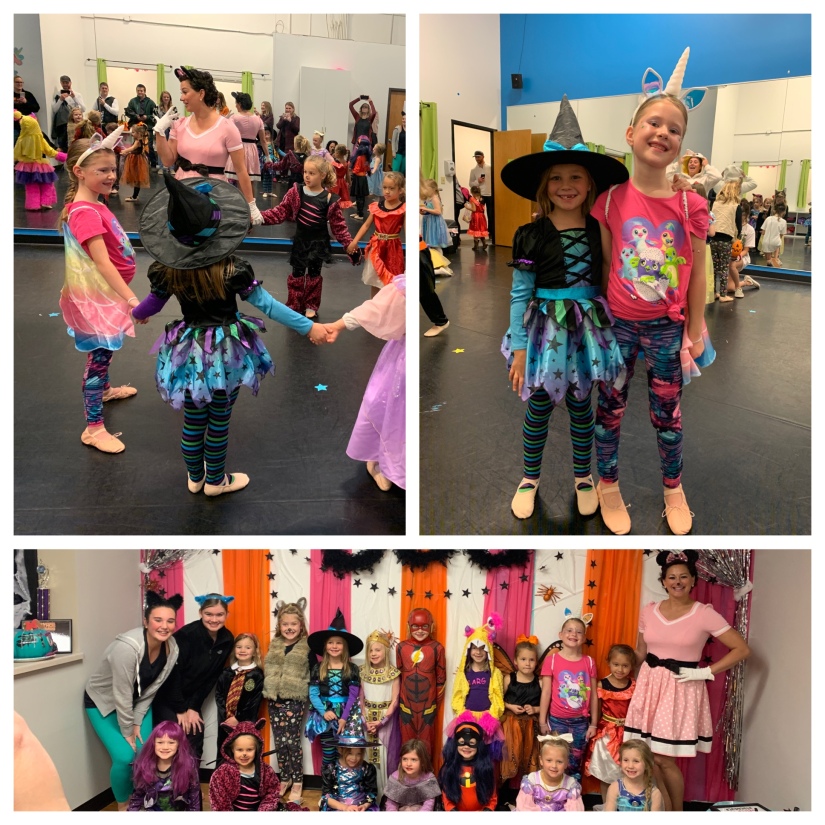 Then, Lexi also had a spooky lunch where the school decorates the cafeteria in spooky decor and has a spooky themed food. All the lights are turned off, black lights are on and Halloween decor is hanging. The meal had things like grapes in whip cream as googlly eyeballs and chicken fingers as grave stones. Parents are invited to join their kids for lunch and everyone gets a good kick out of it. 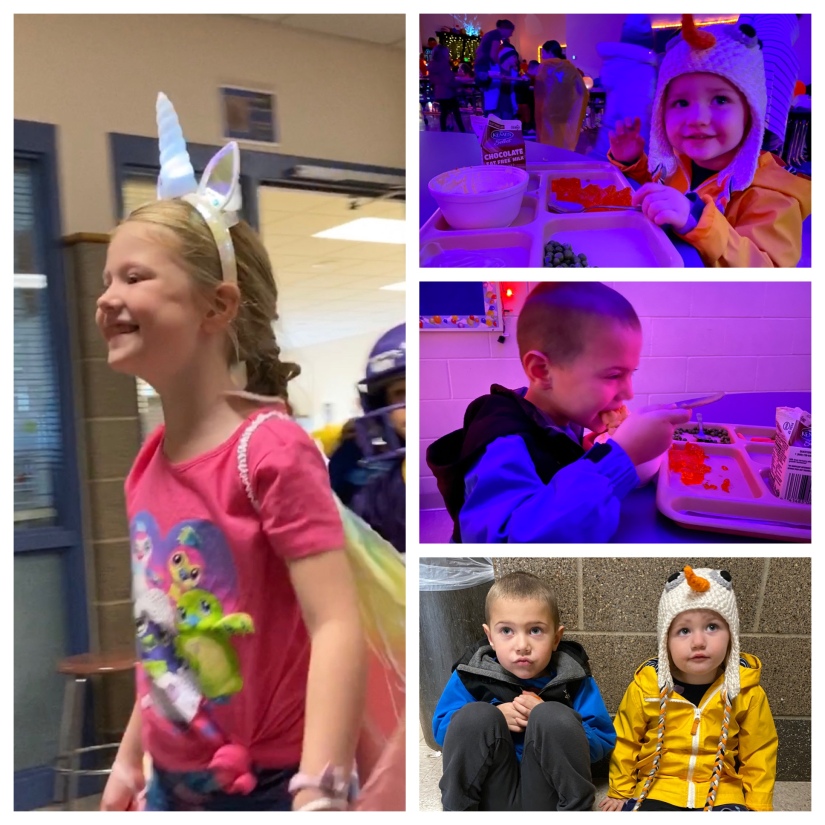 Following lunch is a parade for the kindergarten- through second graders in their costumes. It is short and sweet around the little loop in the school–but all the kids and teachers are dressed up and is a fun little way to celebrate. I am so grateful for the extra steps St. Vincent takes to celebrate Holidays like this and really make memories for the kids, and something they look forward to each year.

Then that evening, it was fairly chilly for trick or treating so the kids piled their layers of clothes on and headed out to get some candy. Kenzie joined us as a little strawberry and although she was only 1, she totally got the idea of trick or treating and had a death grip on her candy bin. 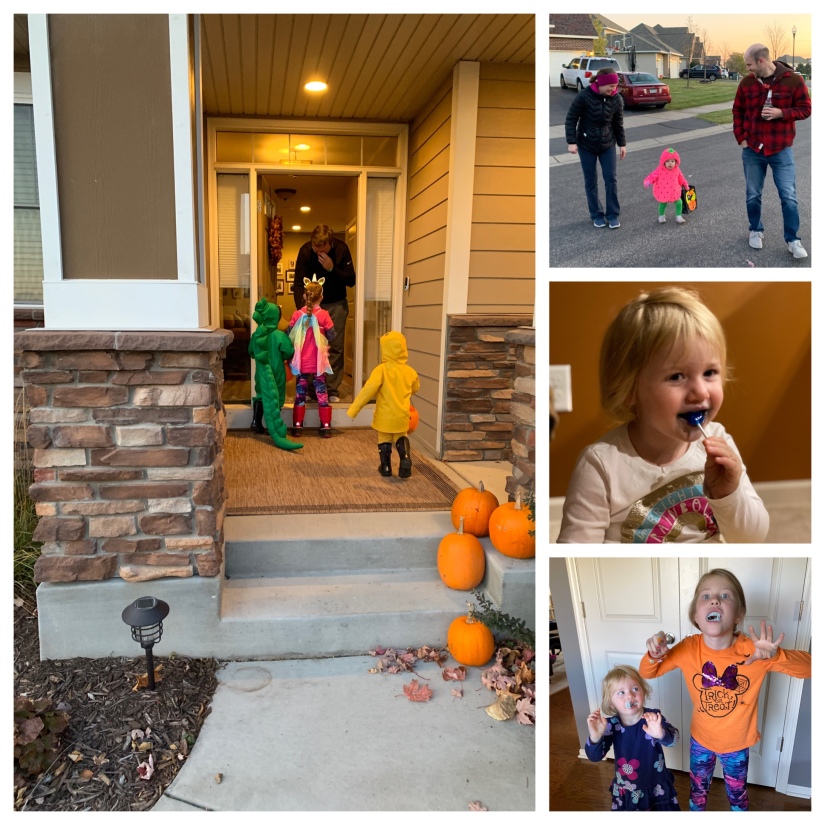 We made it around the block and halfway around the new neighborhood before Kate started to get tired. We headed back home and Lexi and William wanted to keep going so we went up and down Hampshire, the other side of the Georgia cauld-e-sac and then into the townhome neighborhood. It was starting to get late and William was getting tired so we headed home to do the annual candy count. Lexi and William each had about 100 pieces of candy and were pretty proud of their haul.

Pumpkins this year were 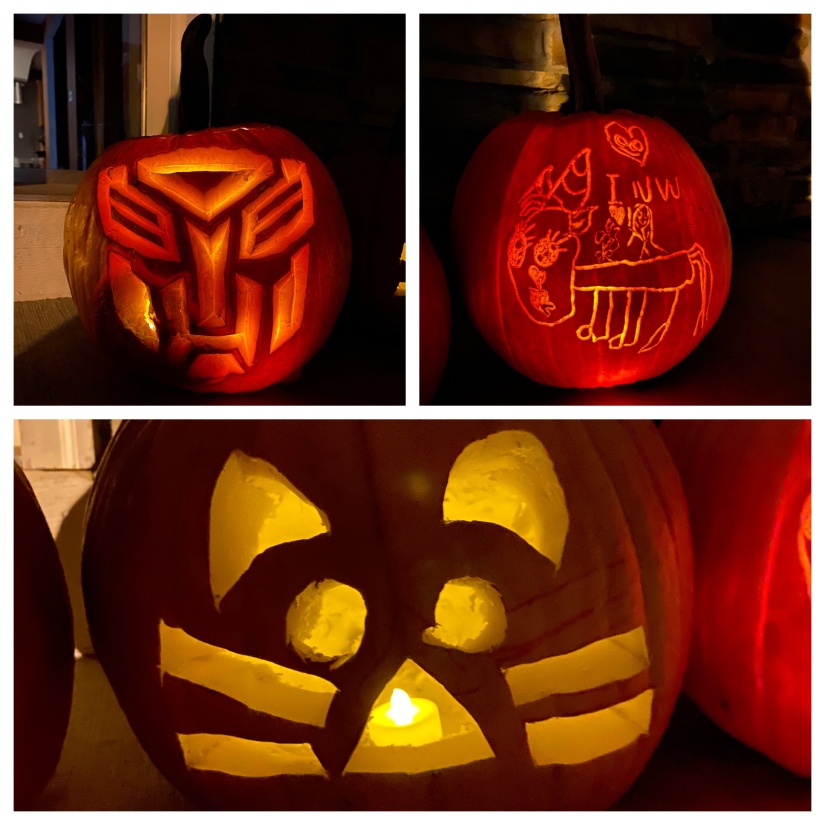