Today was an exciting day for Daddy and I. We had our 20-week ultrasound (you’re really 21 weeks along but Dr. G was out of town last week). During the ultrasound they spent a lot of time looking at how you’re growing to make sure everything is happening the way it is supposed to and there aren’t any complications. So we essentially got to watch a video of you for an hour and look at all your cute little body parts. We got to look at your brain and all four chambers of your heart. We saw your kidneys, stomach, lungs and bladder. You were an active little bugger moving around a lot but we saw your tiny little feet and hands. It was so exciting to see your little hands and feet and know that is what I’m feeling when you’re moving around. You definitely have gotten much stronger as your kicks are more noticeable and stronger. As of today you weighed 1 lbs. and 2oz and the size of your head is in the 74% of other baby’s at this stage so you’re a big but very healthy baby as of now. All of your other measurements we’re very proportionate so that is great news! You did like to keep your hands in front of your face so we couldn’t get a good look at your face and it sort of looked like you may have been sucking your thumb but it was pretty hard to tell at this point still. Typically at this appointment we can find out if you are a boy or a girl, but we want to be surprised. However, Daddy thought he saw a thing or two on the screen that may have said you’re a boy. And I’ve always thought that so we’ll see in another 20 weeks!

You’ve also been given the nickname of baby peanut. Peanut is Daddy’s nickname for me, and he’s started referring to you as that baby peanut. 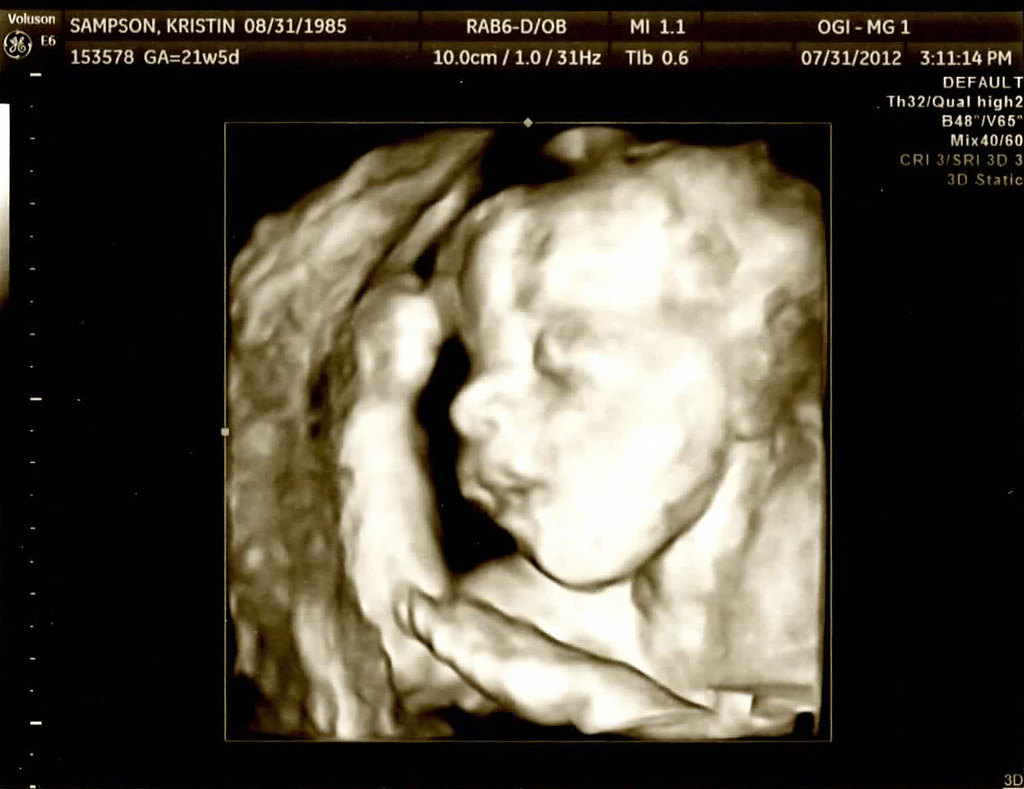 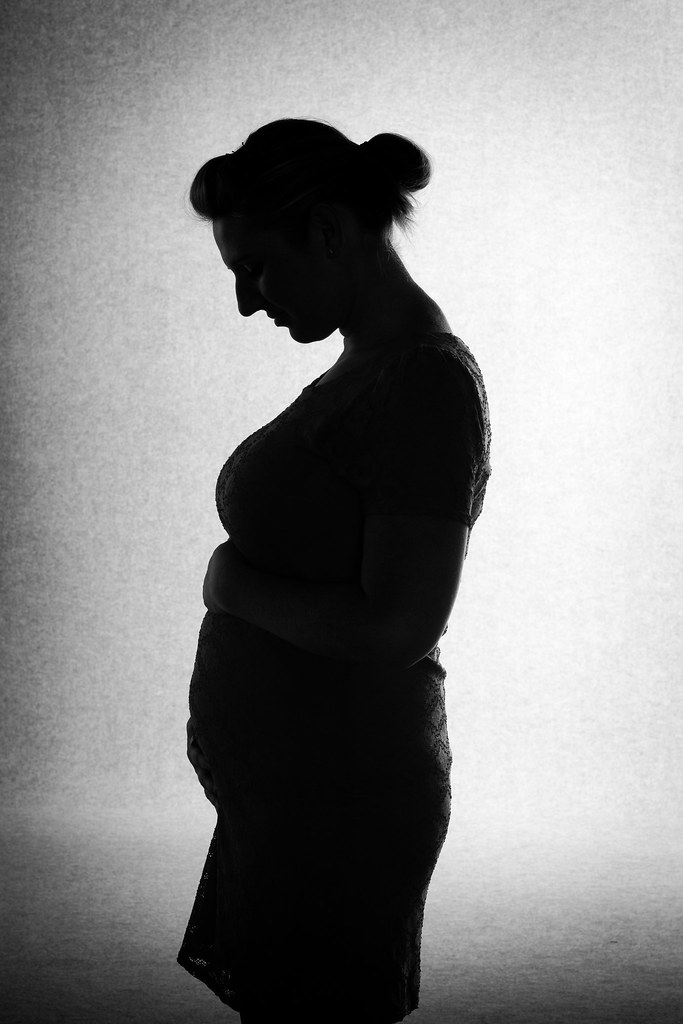 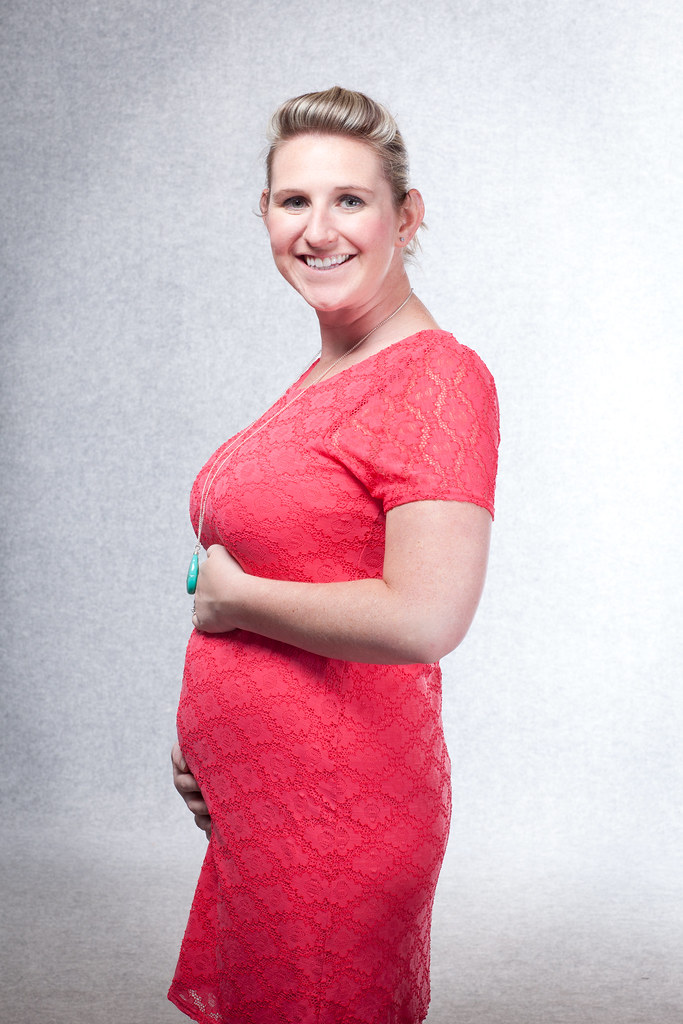 We have been keeping ourselves busy while we’re getting ready for you. We photographed a wedding in Brainerd, shot an engagement session and celebrated the 4th of July. And holy smokes has it been HOT! It was over 100 degrees on the 4th of July. Daddy, and I didn’t do a whole lot; he worked on Grandma and Grandpa Bothwells backyard in the morning and then we just went home and hung out in the AC and watched a movie. We were going to grill some stakes and corn but it was so hot we weren’t even hungry. Grandma Bothwell and I bought all of the fabric for your room so now we just need to sew it all together. We also were able to pick up the rocking chair so things are slowly starting to come together.

You’re auntie Sheila also came into town this past weekend for Dan and Sheila’s wedding so we were able to go down on the river on Friday and then hang out with the rest of the group for dinner. It felt great to be out on the water and go swimming. It was a little windy so the ride was a little bumpy—but I don’t think it disturbed you too much.

As we were sitting at home talking about you and how big you are, we talked about how now is the time in pregnancy when I can start to feel movement, but I hadn’t felt anything yet. Sure enough, that evening, I’m sitting in bed looking on my phone and felt what I describe as food digesting or settling. I had heard that first movements feel like butterflies or gas so I paused and wondered if that was you moving and sure enough I felt four more defined movements that really felt like kicks and even saw my stomach flutter. It was such an incredible moment. I was so excited to be feeling you. I had a huge smile on my face. Daddy came over and put his hand on my belly trying to feel too but didn’t have any luck. Then he shook it up a bit trying to get you to move again but no luck. I was a little mad because I wanted to feel more movement and then he repositioned you so I couldn’t.

Two days later I felt more movement and it was becoming more discernible that it was definitely you moving and not just the pumping of the blood by the placenta. You continued to move throughout the day on Monday while I was at work and that evening. It is such an amazing feeling; I was determined for Daddy to feel it too. The tricky thing is you’re not very consistent and are moving in different places in my belly all the time. But finally, I felt you kick near the bottom of my belly a couple times in a row so I had Daddy put his hands there and he was able to feel you move too. His eyes just lit up feeling your life for the first time. We’ve been able to see it on the screen but for us to physically feel it makes everything so real.

You’re almost 20 weeks which is half way until we meet you. You’re about 6 ½ inches long. This past week, it also got too tight to button my pants, so I’ve been wearing my belly band over my pants to keep them up, but am going to go shopping with Tia this week to try and find some new maternity pants to wear.

Another funny story to share was as we were talking with Auntie Sheila and Uncle Steve about your progress, I informed them my uterus is the size of a cantaloupe, which was conveniently sitting on the table. We were all awestruck that there was something that large in me because it doesn’t look like it. Auntie Shelia thought the cantaloupe comparison was hilarious and told several of the cousins at the wedding, so they all proceeded to call me Cantaloupe throughout the wedding. Another unique experience that happened this weekend was people touching my belly. Almost all of the Bothwell’s came up and wanted to touch the little baby belly and it was so odd to have people coming up and rubbing my belly. This coming weekend we have another wedding to photograph and then have another doctors appointment in a couple of weeks. They do a full ultrasound and look at all your measurements and make sure you’re healthy and growing at a good rate. Can’t wait!