About an hour after your arrival, I called Grandma B to tell her about your arrival. The conversation started out very casual as she was just finishing up baking and then I just matter-of-factly asked if she wanted to come meet her grand-daughter and she was OVERJOYED! Her and Grandpa B headed over to the hospital right away.

I had just tried nursing you for the first time, and I thought it went relatively well. I thought you had latched on well, but learned later you weren’t and were sucking in the opposite direction. Instead of your tongue pulling the milk in, you were pushing it out. That first night was a tough one. You screamed a lot. Eventually one of the nurses suggested skin-to-skin contact. They had you lay with your diaper on my bare chest and it really calmed you down, and it was the most soothing thing for me. I really bonded with you during those hours. Your skin was so soft and I just rubbed my hands on your back and we both fell asleep. It was the best sleep I had gotten in months. 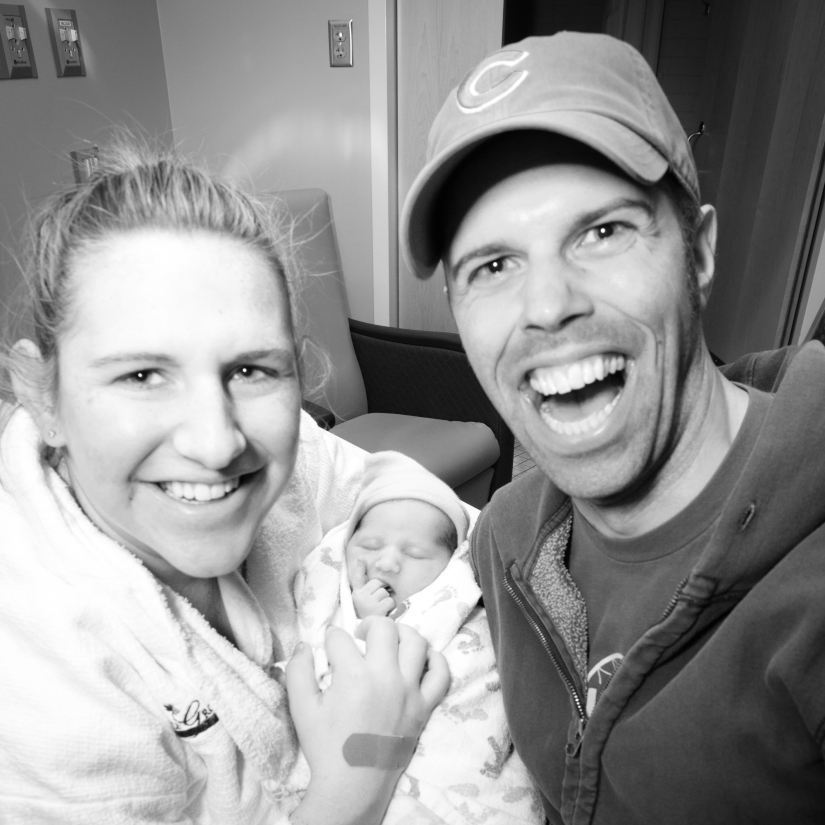 Once the lactation nurse arrived in the morning, she came straight to the room and tought us how to latch. The first thing she did was express some colostrum and fed it to you with a syring to get some food into your stomach. Then she showed us several different feeding positions and tricks to help you latch. One of them was having Daddy “tickle” the top of your mouth with his finger to teach you to suck in instead of out.

Later that day, we also went with you for your first bath. I was an emotional wreak. I cried the whole time and not just a couple of sniffles with water in my eyes, I had big-full tears streaming. In addition to the crazy amount of hormone changes my body was going through, I think it was the moment I realized how much I loved you and how perfect you were. I knew I felt those things before, but I hadn’t had the time to comprehend everything and it all just came to me at one time. We were so lucky to have this beautiful, healthy, perfect little girl. God has truly blessed us.

That afternoon/eveing was pretty busy with visitors. Grandpa and Grandma Sampson, Aunt Becca, Great-Grandma and Great Grandpa Sampson, Auntie Angie, Aunt Teresa, Uncle Greg, Ashely, Courtney and Tia all came to visit. This day was pretty overwhelming. I was still nervous about the nursing, I was sore and tired and the constant visitors was a little exhausting  Next time, we’ll definitely limit the amount of time people are allowed to stay. 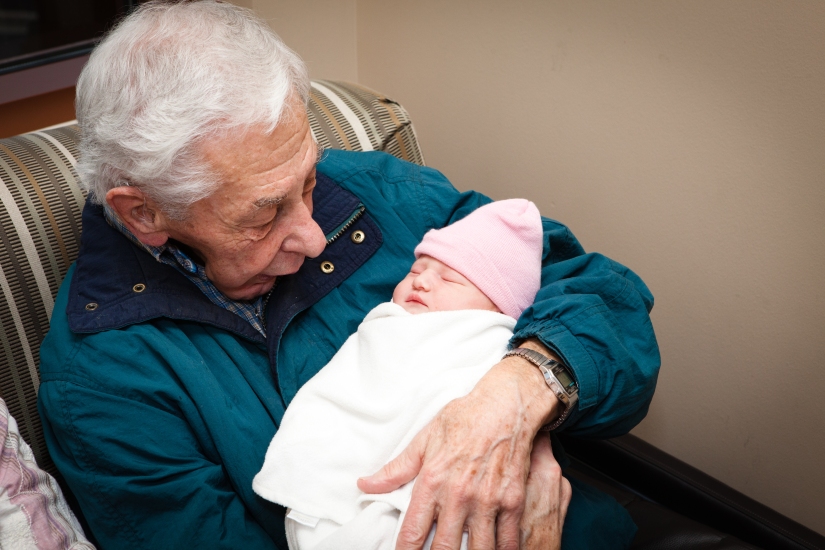 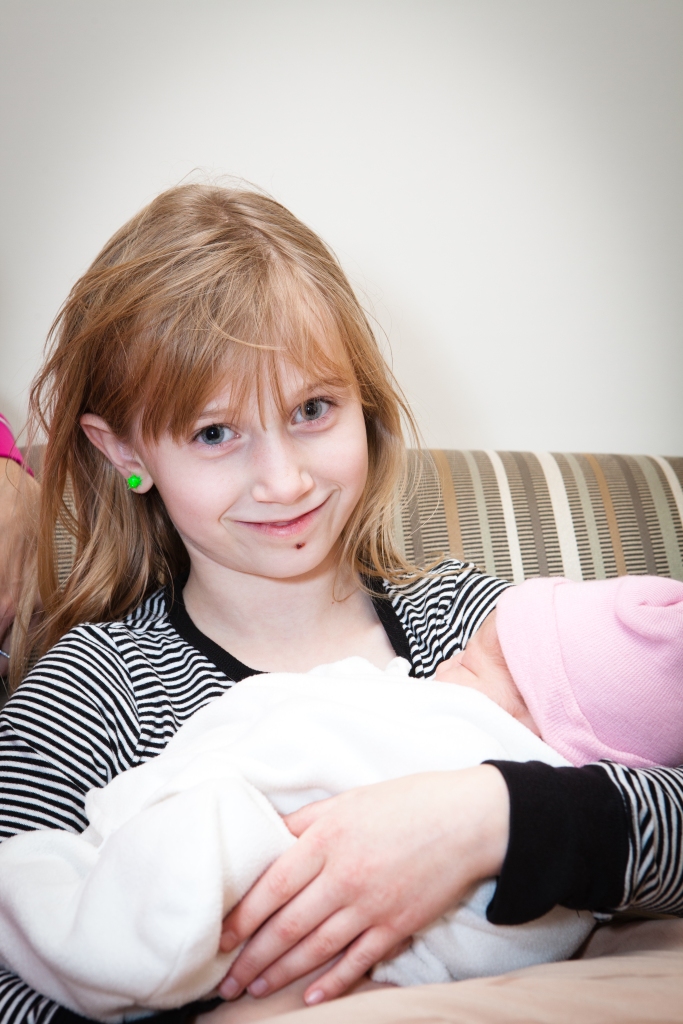 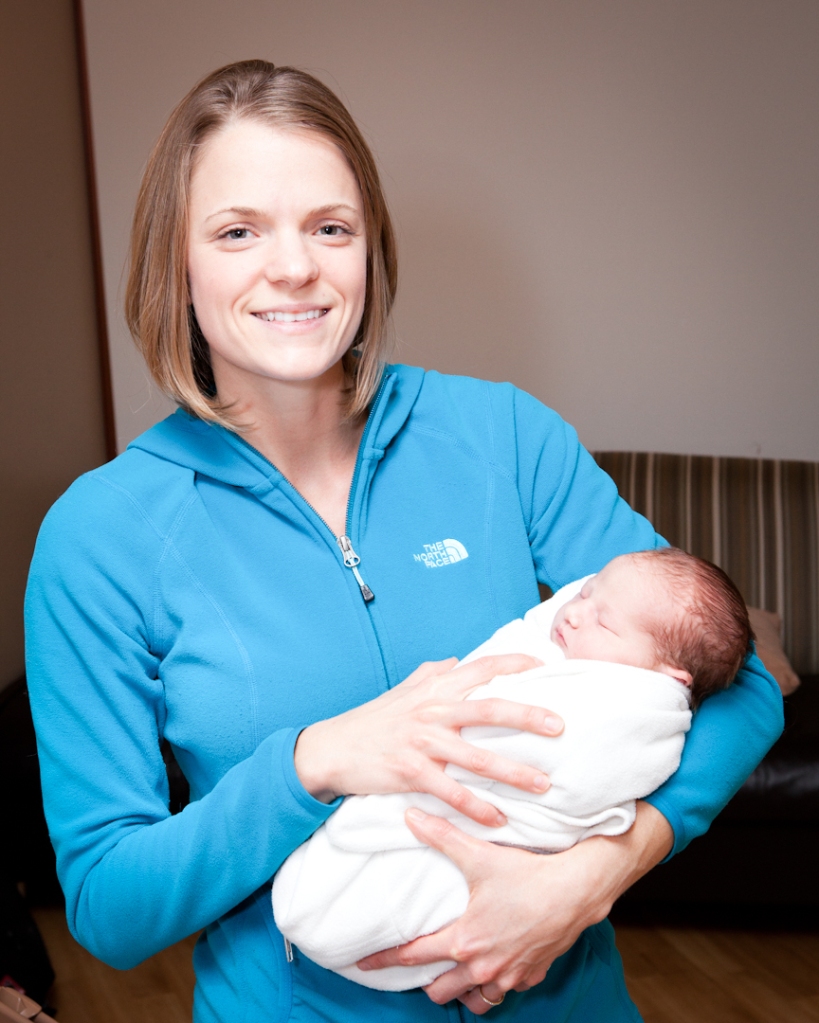 The second night at the hospital went a little better. You had your 24 hour tests, which Daddy went with you for, while I took a bath. When I returned, you and Daddy were hanging out having some skin-to-skin time.  Below is a photo of one of Daddy’s favorite memories in the hospital. He said he sung songs and to you and began to realize all of the exciting moments he is going to experience having a daughter, which made him choke up a little bit.

We started the sleeping portion of the night with you in the nursery so we could get a little sleep. It didn’t last long and then just decided to keep you in the room for the rest of the night. The next morning, we began getting all of our stuff ready to go home, met with the lactation consultant again–who was SO helpful, had a quick visit with Rachel and Lauren and then headed home.