To my two little munchkins,

Today was your first day of daycare and you two blew away my expectations. To say I was nervous was a complete understatement. I was nervous about waking both of you up in the morning and how difficult it was going to be to get out the door. You both woke up super cheerful and were cooperative in getting ready and out the door. The drive in was a little long as there was some bad traffic due to an accident, but the carpool lane was A-Mazing and reduced our ride in by at least 15 minutes. I will gladly take that perk! 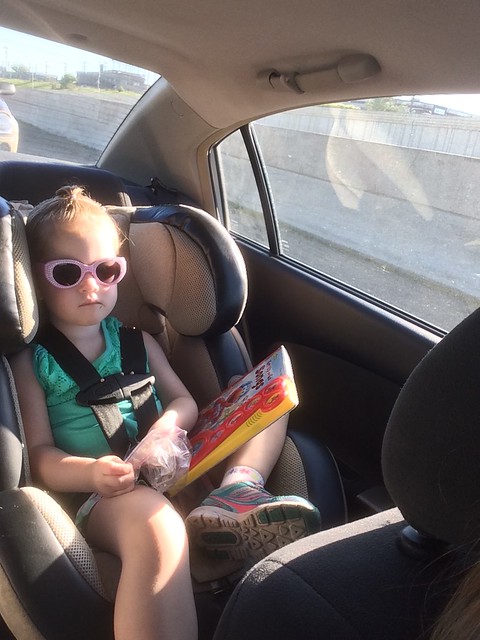 Once we arrived to school, we dropped William off with his teachers and Lexi was very shy, just looking at the floor and hugging giraffee and not really talking, which is what made me so nervous.

Lexi, you are such a shy, sweet and timid little girl I was scared you were going to be terrified that I was leaving you alone, that you wouldn’t make any friends and would get plowed over by the more aggressive kids as I’ve seen happen at parks or with other kids. I was literally a blubbery mess all morning while dropping you off. You totally blew my socks off with how brave you were and how quickly you adjusted. Initially, you clung to my leg a little but you got comfortable really quick and were OK while I left to go check on William. 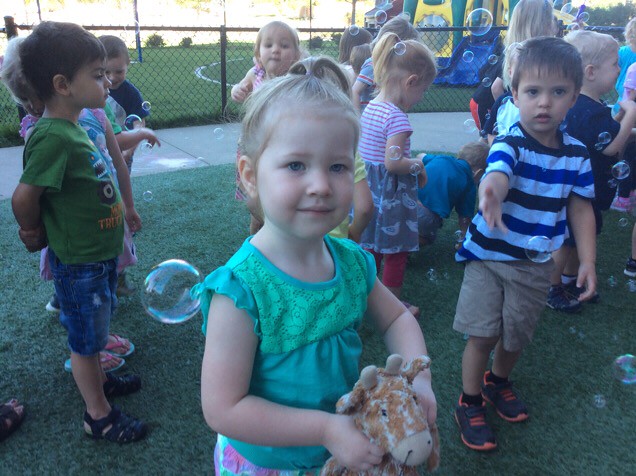 Little William, although you are my little baby, I was only worried a pinch about you. You are such a happy and content little dude, I knew the teachers would love listening to you talk and die over you huge and frequent smiles. I was a little nervous about how you would do with the sleeping as we have been swaddling you for the past 4 months and they aren’t allowed to swaddle at daycare and you can get pretty worked up if you’re over tired. Fortunately, you did great and will just need to slowly ease into the new sleeping arrangements. Also, I need to mention how awesome it is to get messages throughout the day letting me know what you’re doing and when you’re hungry and I can just come down and feed you and then head back. I’m really hoping you start to get on a more regular routine so I can block my calendar to come down and feed and not have to pump! When I came down to feed you the first time, you saw me and instantly lit up and gave me a huge smile and it was the best feeling ever. It was just the reassurance I needed after I had been a nervous and crying ball of emotions for the past 4 hours. 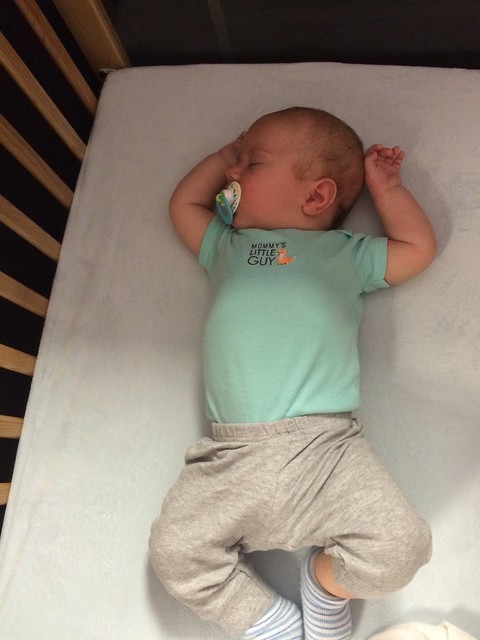 No exaggeration here. After I dropped you both off and went to my car, I sat and tried to make myself presentable but kept welling with tears at every thought of you two kiddos. I finally managed to walk into the office, only to well up 7 more times as I thought about you or someone asked how I was doing. Honestly, couldn’t even get words out. So I went downstairs, got a mint hot chocolate, my fav., and worked on this post until I was able to feed William.

After feeding William, I peeked on Lexi quick and she saw me and excitedly yelled, ‘MAMA!’ came over and gave me a big hug and was jumping up and down and telling me all the fun she was having, which again made me feel 1000 times better. After a quick hug, Lexi sat down for lunch waved goodbye and were as happy as could be. 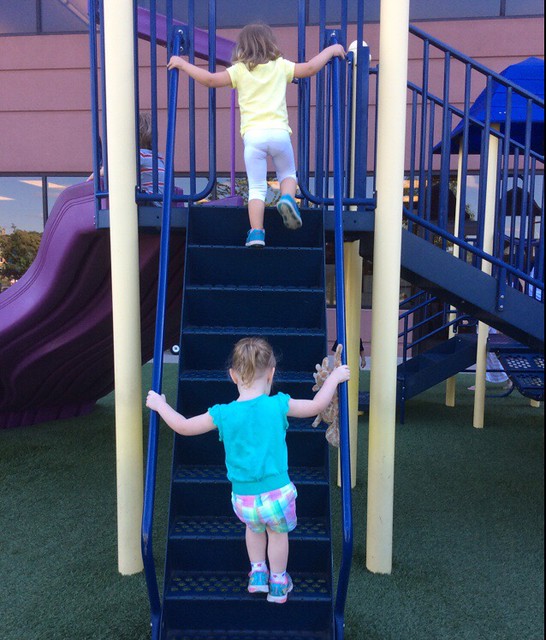 Those were just the interactions and reassurance I needed to help relieve some of my anxiety and quit becoming a puddle of tears. 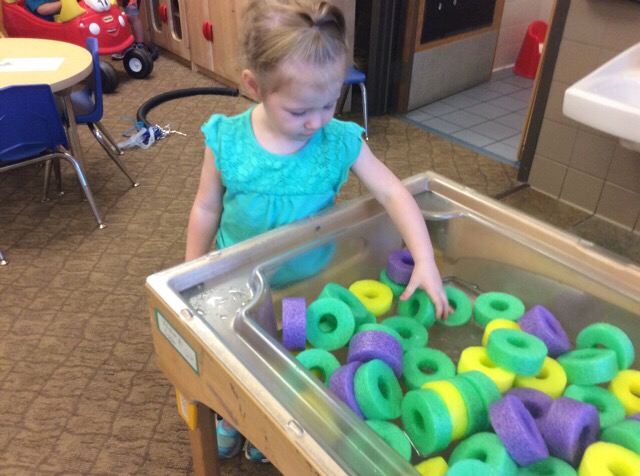 The end of the day was just as good. Lexi was overjoyed to see me and was bursting with energy for the rest of the evening talking about the fun things she did.

I pray that tomorrow and the next several days go as well as today did.