I was scheduled to go out to LA for a TV shoot and had suggested that Grammy and Papa fly out with Daddy and you three kids to meet me and do a quick visit to Disneyland. After Grandma T passed away, Grammy and Papa had to cancel their big trip they had planned so I thought this would be something fun to look forward to and lift spirits a bit. They decided to pass, but wanted to watch Kate and encouraged the four of us to go.

The whole trip was a surprise. So I left on my trip (with all of our stuff packed in my bag!) On Thursday, Daddy brought both of you to school like any other day. He picked up William and then surprised Lexi around noon and headed over to Grammy and Papas to drop off Kate. When asked where you were going, Daddy just responded, ‘to see mom’ You ate a quick lunch and then Papa brought you three to the airport.

As you were leaving, Kate went to get her jacket and shoes and was the saddest little puppy when she found out she wasn’t going.

Once at the airport, papa dropped the three of you off and Lexi goes, ‘Where is he going?’ she thought I was coming off the airplane and you were just going to pick me up. Daddy stuck with his story, ‘We’re going to see mommy.’ 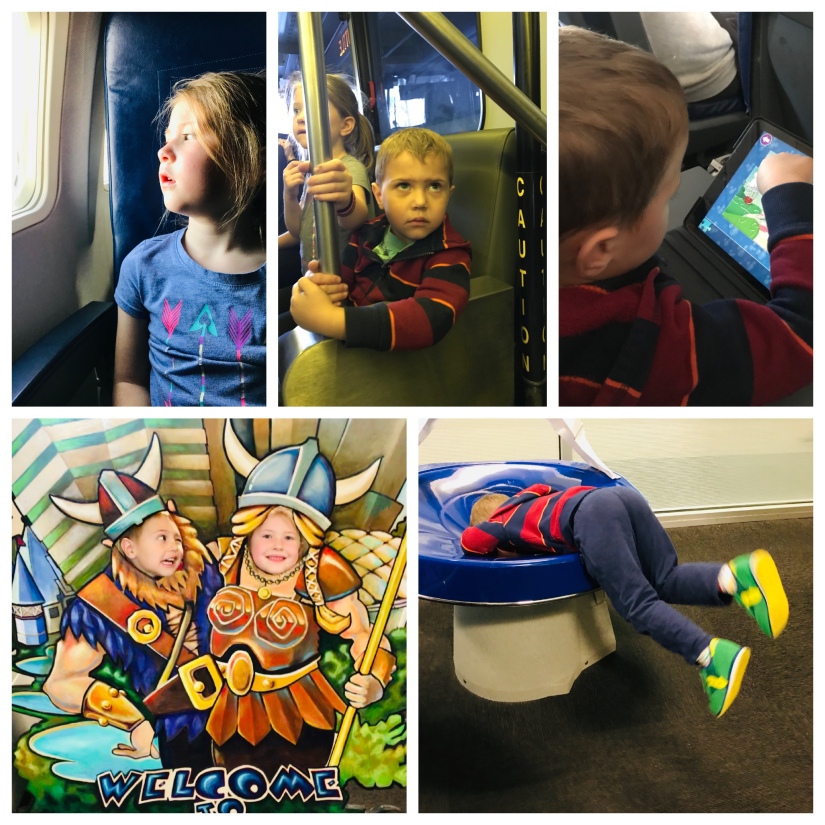 You landed in LA around 5:00 and this is where the adventure really begins. Apparently, the car rental company I booked through wasn’t the one the airport shuttles to AND it was closed. So Daddy ended up renting a car for twice of what we planned.

Around 6:30 or 7, you were finally on the road to Disneyland, about a 45 min drive.  Unfortunately, there was a car crash on the freeway causing a 20 min delay and just lots of traffic resulting in lots of start stop and jerking. Additionally, you kiddos hadn’t eaten anything but candy in the last 9 hours or so, which didn’t help the situation.

About 3 miles from the hotel, William threw up all over himself and the car seat. 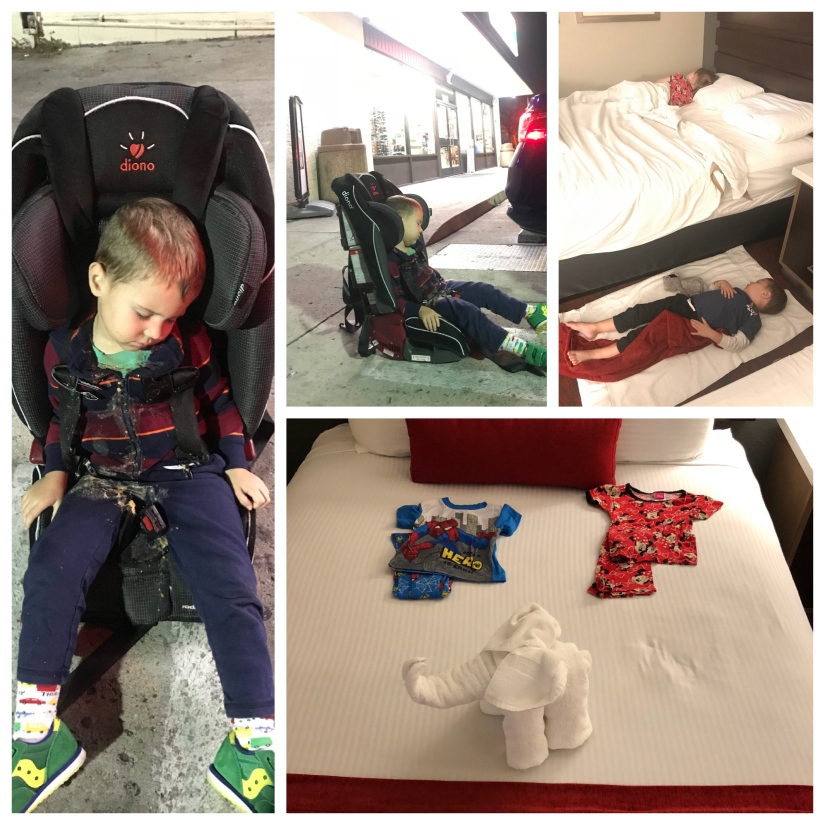 Daddy stopped at a 7-Eleven, took you out of his clothes (thankfully, I had packed another set in the airplane bag in case something happened. I had all of their other clothes with me) and did his best to clean the carseat and finally to our hotel around 9:15 PST (11 CST). Both of you were passed out.

We transferred you to the stroller, and put you to bed.  Lexi woke up, went to the bathroom ate some Panera, played a couple games on the iPad and then feel asleep.

Thankfully, the hotel had washer/dryers so I was able to wash all of William’s clothes, the car seat liner any anything else that had gotten dirty. I had also purchased some 409 and a roll of paper towels to clean out the carseat and the car.

Crossing our fingers and sending lots of prayers that William was carsick and not coming down with the flu.