One of the very first projects the hubby did in the house was installing the wine fridge. You’ve got to have priorities right?? My parents had given us the wine fridge because they weren’t using it anywhere and we thought we could put it to good use. As we were moving it into the house, we contemplated putting it in a few different locations, and eventually found the perfect spot. The ‘island area’ in our kitchen is full of great storage, but there was one cupboard that was particularly dysfunctional. 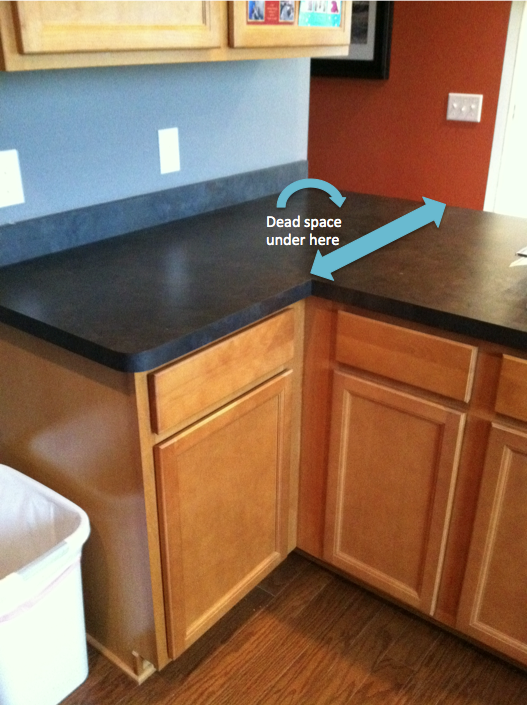 The door opened with room to store things as normal, but then included a 90 degree angle that went back to the other side of the counter. 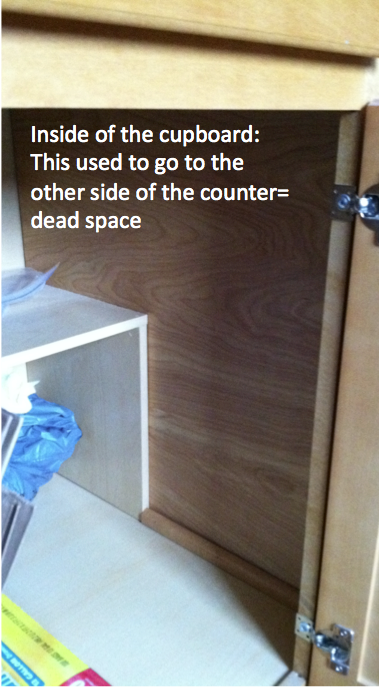 Referencing my mom’s kitchen I immediately thought to myself, oh you just store things back there that you never or just rarely use–which is so dumb cause why have it at all or you forget about it and then you never find a reason to use it.  So plan B was to put a door on the opposite side so it was easier to access. Then along came the genius hubby and suggested putting the wine fridge there. It made total sense to use that ‘dead’ space in a practical way.

So in the first week when we still had boxes everywhere, the hubby as the eager homeowner handyman installed the wine fridge. He measured out the space he would need, cut a whole into the cabinets and ran electrical into it (cause who wants cords all over their kitchen if they don’t need to). He even installed a switch within so we could easily turn it on and off without having to take the whole thing out to unplug or plug it in. Smart little guy he is! Finally, in went the fridge and up went the molding around it to finish it off. It was complete within a couple of hours. (I should also note: we were sure to include area on the sides top and back of the little nook for the fridge to vent. They get mighty hot when they’re running.) 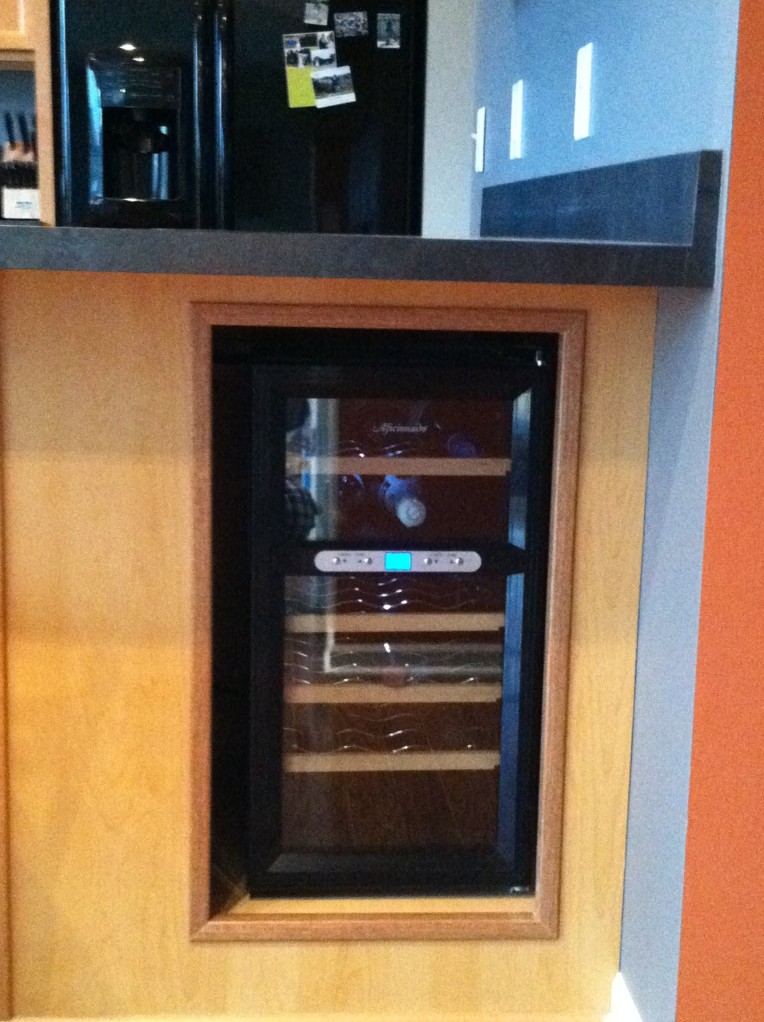