Your monthly letter completely escaped me. I took notes throughout the month, but procrastinated in writing it because, by gosh, you are TWO my sweet girl and don’t know how to articulate this happy, sweet, funny and smart little munchkin you’ve become. Three months later…here we are. The details and stories aren’t as vivid but I’m sure if you ever dare to read this 15 years from now, you’ll suffice.

Not necessarily a ‘favorite’ memory, but a huge milestone: you are officially potty trained. We put you in underwear over Thanksgiving break since I was home from work and had the time to work with you and bring you to the potty often. The first day was pretty rough. I think you had 6 accidents. I was ready to give up, but knew I needed to stick it out for a couple more days. Day 2 was a little better, maybe 4 accidents and by day 3 you maybe just had one. We didn’t necessarily use one of the ‘potty training methods’ out there as you didn’t react well to them when we tried back in August. This time, I just would very casually bring you to the potty every hour or two, and you always went. We didn’t make a big fuss about it or talk about it a lot–we just did it, and you seemed to respond pretty well to it. We also were only attempting to train you in the day, not for naps or night time, but after two solid weeks of waking up dry, we quit putting diapers on you. March update: you’ve had less then 5 night time accidents. Way to rock it my big girl! (minor note: You have a really hard time wearing any kind of character underwear as you get rashes on your bum–so we’ve stuck to the Gerber cloth type training pants and Gap) 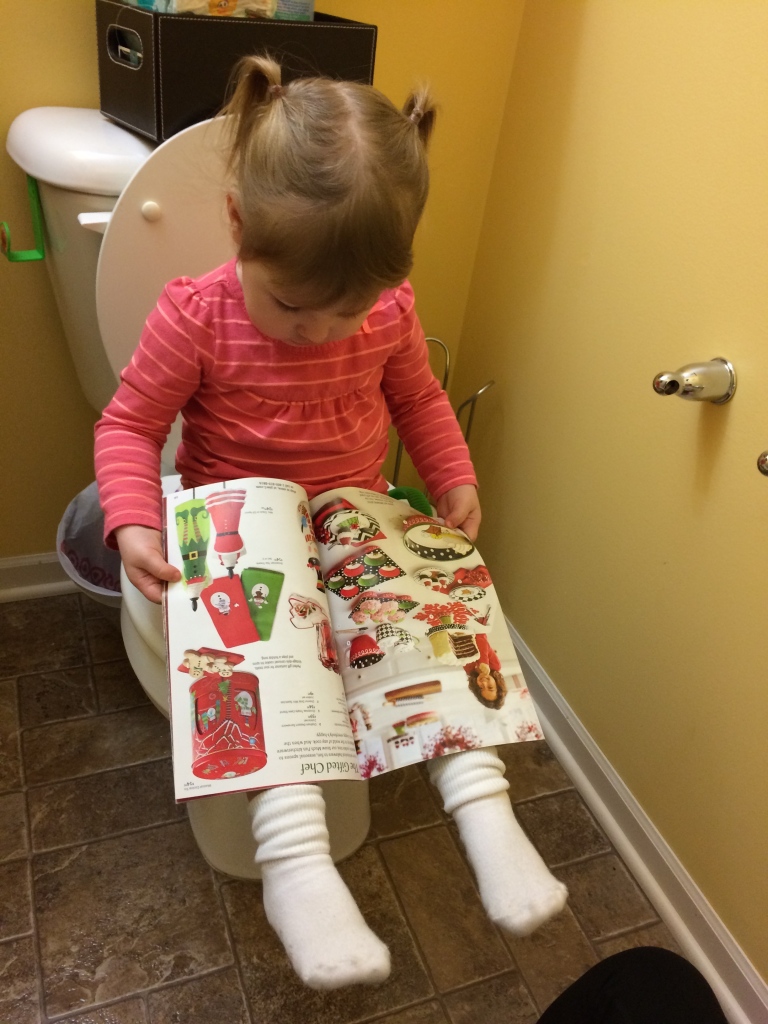 We started a Mommy and Me swimming class this month. The first couple classes were a little rough as you had NO interest in doing what the class was doing and just wanted to play. The teacher was also requesting you to do pretty advanced tasks that you just weren’t capable of yet, but nonetheless, by the third week you were listening to the teacher and doing a much better job. One of the evenings, we stayed after class to swim and you blossomed. We were able to work on things like kicking and floating on your back and you rocked them. You also got comfortable going down the tot slide and probably went down it 30 times that night. To say you LOVED it was a complete understatement. I wish I would have had a waterproof camera to capture your big smile every time you went down.

I also took you to get your first haircut this month. The mullet had just gotten out of control and we needed some direction. We went to a specialty kids place, they put you in a little seat, gave you a sucker and let you watch Frozen. I wanted them to keep your hair as long as possible but get it out of your eyes and eliminate the mullet. They suggested bangs as kids your age have a hard time brushing the hair to the side. Even though I’m not a fan of bangs, the logic made sense and we went with it. You were terrified the entire time and kept wanting to give me hugs. And the amount of hair they cut was pathetic and totally not worth the $20. However, they did give you a nice little certificate with a little bag of your hair for your baby book. 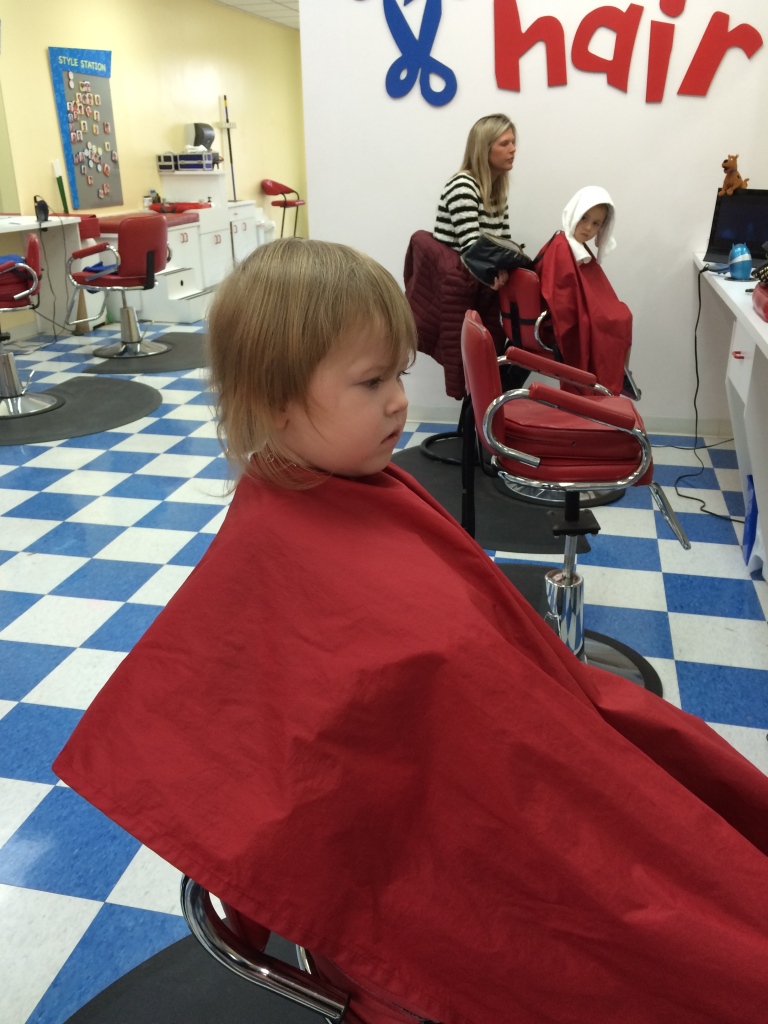 One night I had made Mac N’ Cheese for dinner and you and I were sitting at the table and for whatever reason I told you to take a ‘Big Bite’ but said it in a slightly lower octave and kind of loud and you thought it was the funniest thing you ever heard. You giggled uncontrollably, which of course prompted me to repeat this because that sweet little giggle of yours is seriously the happiest noise I’ve ever heard in my life. Thankfully, we got it on video, but this little saying has become a regular part of our vocabulary and has even stuck around 3 months later.

You LOVE to read Curious George. It is usually read every night before bedtime. You also love Frozen, Minions, Ariel and your little Princess Books. You refer to Despicable Me as Minions and New Minions.

You are amazed by Christmas lights on people’s homes. Whenever you notice them you yell ‘Wook at that mama. Wook Wook Wook!’

You absolutely adore Papa! You talk about him at home frequently and pretend to talk to him on your phone, specifically about how you’re going to eat Gum Drops and play diggers together. Whenever you see him your face lights up in excitement, it is so sweet!

You love to help Daddy shovel the snow. You chatter away while you’re out there, usually saying ‘I heping’

We went to the Children’s museum for the first time this month and you are such a shy and timid little girl sometimes. You’re very polite and wait your turn for things, but then get frustrated and angry when the other kids budge in line or take things from your hands. You say ‘That’s Wexi’s’ and furrow your brows, but don’t ever take things from other kids or push. Part of me is happy that you’re so well behaved, but the other part of me wants you to stick up for yourself and not let other kids push you around. I hope that you’ll be able to learn do stick up for yourself yet still be the sweet polite little girl that you are.

Of course after the Children’t museum, you got a cold. You were pretty run down and fell asleep while watching one of your shows, (which never happens). 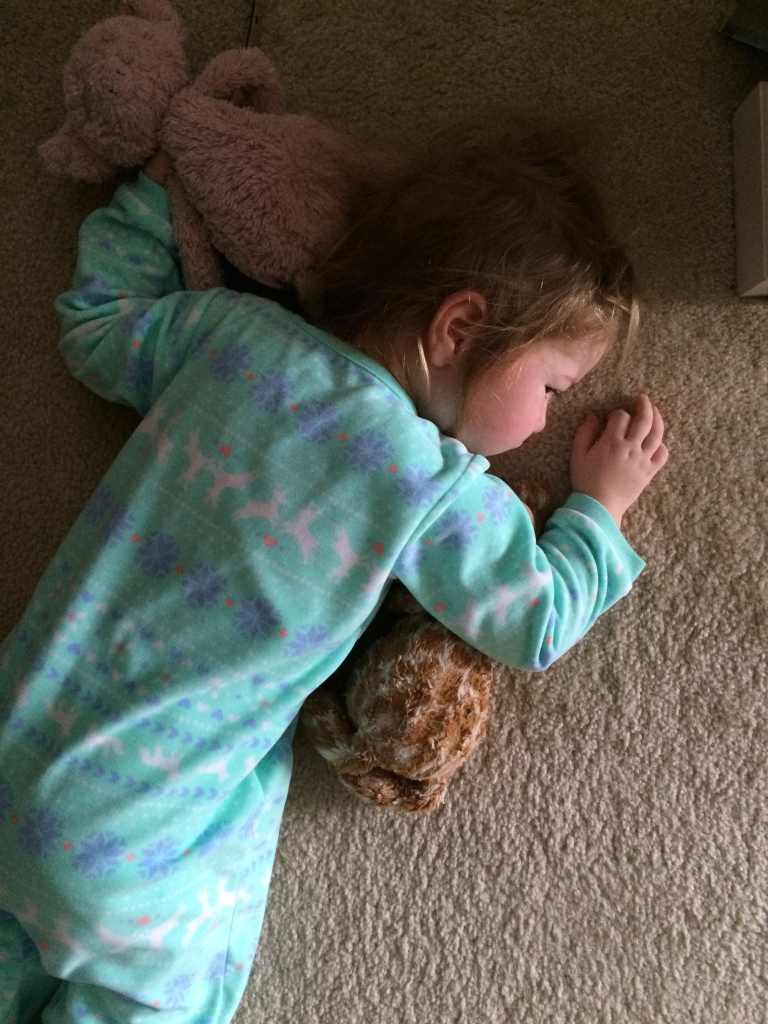 This month you’ve also learned to easily climb up and down the stools at the counter and sit and eat there occasionally.

Thats it my sweet girl. Officially, your last monthly post. I’ve loved capturing the past two years for you (and for me) and hope you’ll enjoy looking over these as you get older. We love you more than you will ever know. 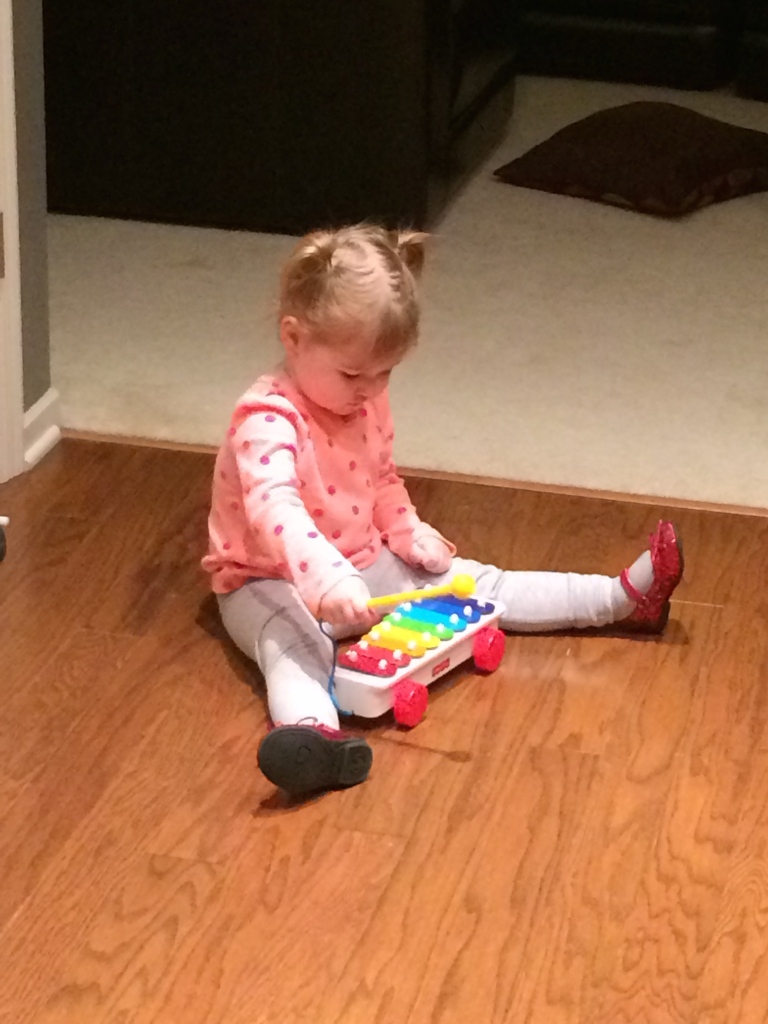 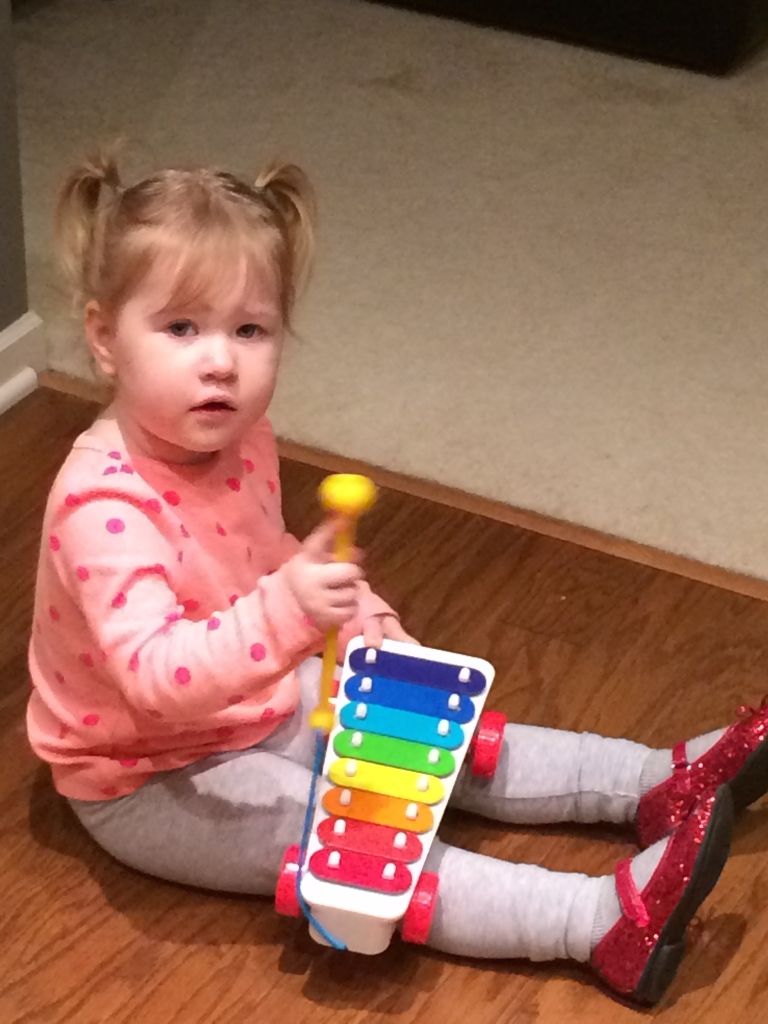 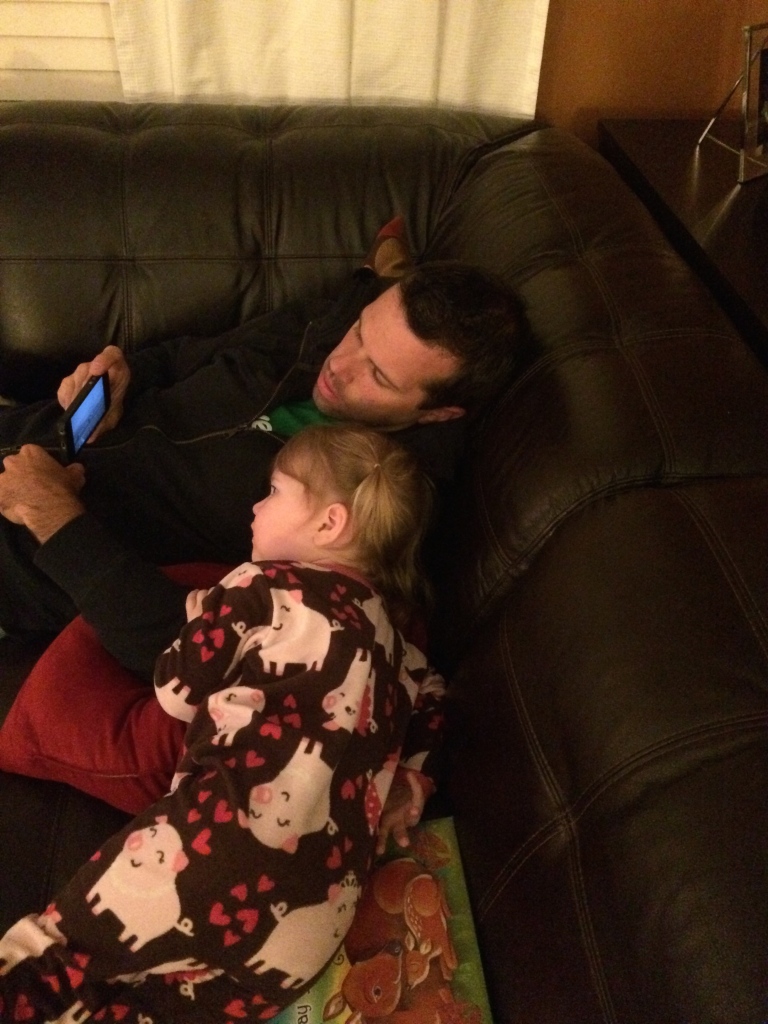