Skip to content
February 23, 2017March 3, 2017 peanutsmiles
Size of baby: You are currently 13 ounces (according to the ultrasound–measuring 4 days early) which is about 6.5″ the size of a mango–says my app.
The Bump: In this picture, it looks more pregnant than just fat, but I really think it depends on the type of shirt that I wear. Now that I’m officially half way there, I’ve allowed myself to start wearing maternity shirts and received several comments from people at work about starting to show. 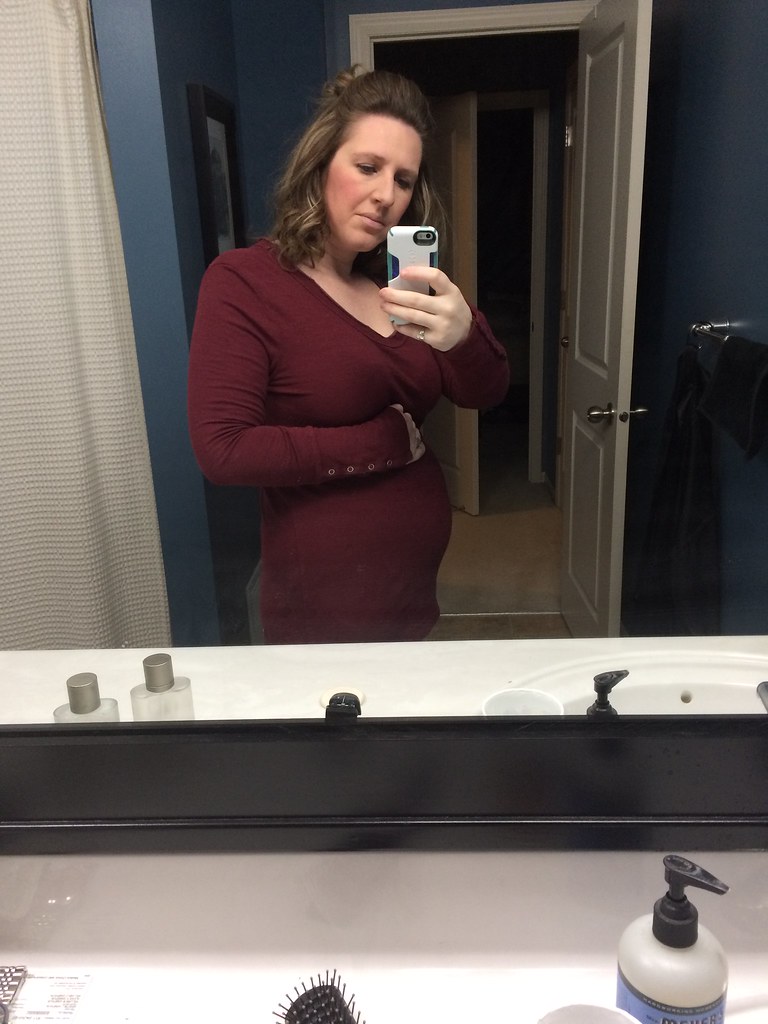 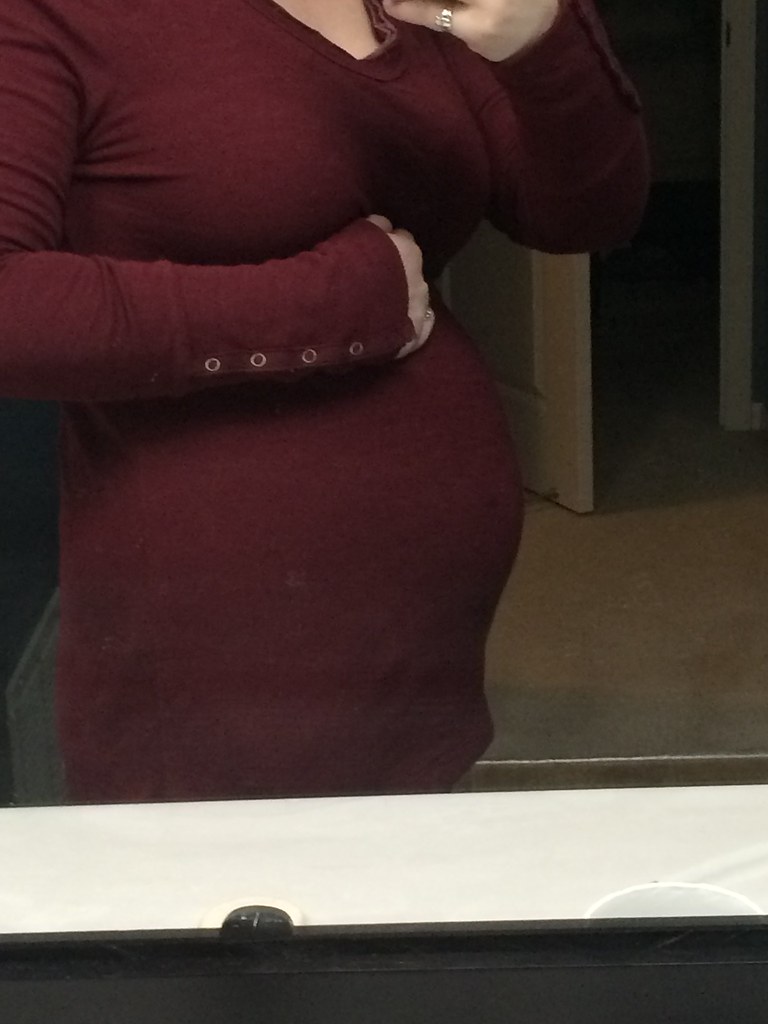 The ultrasound: So Fun! The technician was very chatty and loved showing us different views of you and as she said ‘geeked out’ over you. Overall, you are looking very healthy! My placenta is in the front of my belly, but is attached high so they aren’t concerned about placenta previa, which was a good sign. At this moment in time you were breech, so head up and facing inwards, which made it difficult to get a good profile pic of you or a pic of your face. However, we saw AMAZING views of your vertebra and rib cage. We were able to count 10 toes and 10 fingers, saw your kidneys, stomach, your tibia and fibula, the different chambers and aortas of your heart, your brain, your eye sockets and all your little girl parts! It was so fun to see how much you have grown and see how active you are in there!

Cravings/Aversions: I think these are minimizing by the week. I can pretty much eat anything, but nothing sounds as amazing as it did several weeks ago, even the things that are really terrible for me like fast food. With that said, I’ve been trying to be more thoughtful about how much I eat and how fast I eat. Eating slower and smaller amounts to help reduce the heartburn. Typically, I’m pretty hungry through the morning and then after lunch, I’m full and don’t feel like I really need to eat for the rest of the day. I’ll have dinner, which is equivalent to a small snack, but then I don’t really eat anything for the rest of the night.
What I’m loving: This past week, we had amazing weather, over 60 degrees in mid-February. We spent lots of time playing outside and I was even able to open the windows and get some fresh air.
What I’m anticipating: William is turning 2 on Saturday! I’m also excited to feel movement from the outside and have the kids feel the baby kick. Also really really looking forward to spring and warm weather!!
Miss anything? I’m not a huge drinker so I haven’t been missing alcohol really. However, I miss just being healthy. This past week, I got a new cold or the one I’ve been battling for the past 16 weeks got re-ignited. My sinus were in full force for a couple of days and now I’ve got a pretty disgusting cough and sound like I have bronchitis, again.
Worries? I’ve been praying that you’re growing and developing ‘normally’ and we’ll get a clean review at the ultra-sound this week. I’ve also spent a lot of time researching and figuring out preschool for Lexi. We were all set to go at a local church, but then they decided to close their doors, which kind of sent me scrambling to find something else knowing these fill up quickly. As of yesterday, she is registered at two places and we have a tour set up with one of them for next week and then we’ll make a decision of where she’ll go. Also, kind of stressing about all of the things I would like done before you arrive and realizing that it probably won’t happen and feeling a little discouraged by that.
Differences between pregnancies? We’re actually having an ultra-sound at 20 weeks this time. With Lexi, we waited until 21 weeks and William it was 22 weeks. With William this week, we were getting prepared for Hawaii and I was a ball of nerves worrying that something would happen to Daddy or I while gone. No picture of William this week, but here is a comparison of the two girls!
How I’m feeling: This is the best I’ve felt the entire pregnancy. I feel like the warm weather really helped me out mentally and am feeling much more energized. Also, no throwing up is a major bonus!
Sleep: Sleep has been pretty amazing this past week. I took two naps over the weekend and they were divine. Still sleeping on my stomach as long as I bring my leg up on my side. I’ve also slept through each night (as long as Lexi doesn’t wake up in the middle of the night) and have been able to make it through the night without having to go to the bathroom.
Movement: Yes! And lots of it. It is all still from the inside by it is getting stronger and more frequent. I notice an uptick in activity after I eat or drink and am feeling more activity throughout the day verses just when I’m relaxing in the evening.
Milestones: Half way there baby girl! This is mind-baffling in 20 weeks (or so) I’ll be holding you and that we’re only half way through. Most people I know say pregnancies after their first go by fast, and I do not feel like that has been the case for me. Part of it is because I’ve been sick pretty much this entire time and the other part is things are so slow at work that it has made the days go by so slow. Hoping this next 20 weeks fly by!
Also, this is the first week I haven’t thrown up! Progress baby!
Best Moment of the Week:  Hard to pick one… I loved being home by myself all day on Friday, while I was working from home. Work was slow and got a lot of the house cleaned and had the windows open.
Playing outside with the kids, going for walks and just feeling the warmth of the sunshine!
Grandma and I also took the kids swimming on Sunday and Lexi is just a little fish and William had so much fun splashing in the water.