You are 22 months old today, which also happens to be Christmas. This holiday season has been so fun with you! Your vocabulary and speech improve everyday making it easier and easier to communicate with you. You’re expressive and show much joy for the season. You love to look at lights on peoples houses and yell ‘Oh Wow!’ or ‘Wook mama Wook’. You’re eyes just about pop out of your head when you saw the Christmas tree. You were pretty amped up about your blue airplane ornament and carried it around the house for a couple of hours while we were decorating. You did also like to take ornaments off the tree, and broke several, which meant the tree was pretty much decorated from the 3 feet and up. Your absolute favorite was the train that goes around the tree. You were running around and stomping your feet as Daddy set it up and kept yelling ‘Choo Choo Train’ or ‘Tracks’. Once it was set up and running, you would get so excited and look at me with a huge grin and eyes as wide as the Mississippi. Eventually, Daddy connected noise to it so you could honk the horn and ring the bell and it was pretty much that was the best thing ever. While going down the stairs in the morning, you would yell ‘Choo Choo Train. William Horn’. You also sat on Santa’s lap. You didn’t enjoy it and wanted off stat, but you did sit there long enough for a picture. After, you would proceed to talk about ‘Santa’s Lap’ so it couldn’t have been that terrible. You also started to get the hang of some Christmas songs and will occasionally chime in with Jingle Bells or Frosty. You were much more into presents this year and would say ‘Wow’ while you were opening them, and followed up by ‘Open’. You just wanted to sit and play with the toys you got verses opening new presents. Your tools are by far the highlight and favorite toy as you’re constantly playing with them and looking for your ‘drivers’. 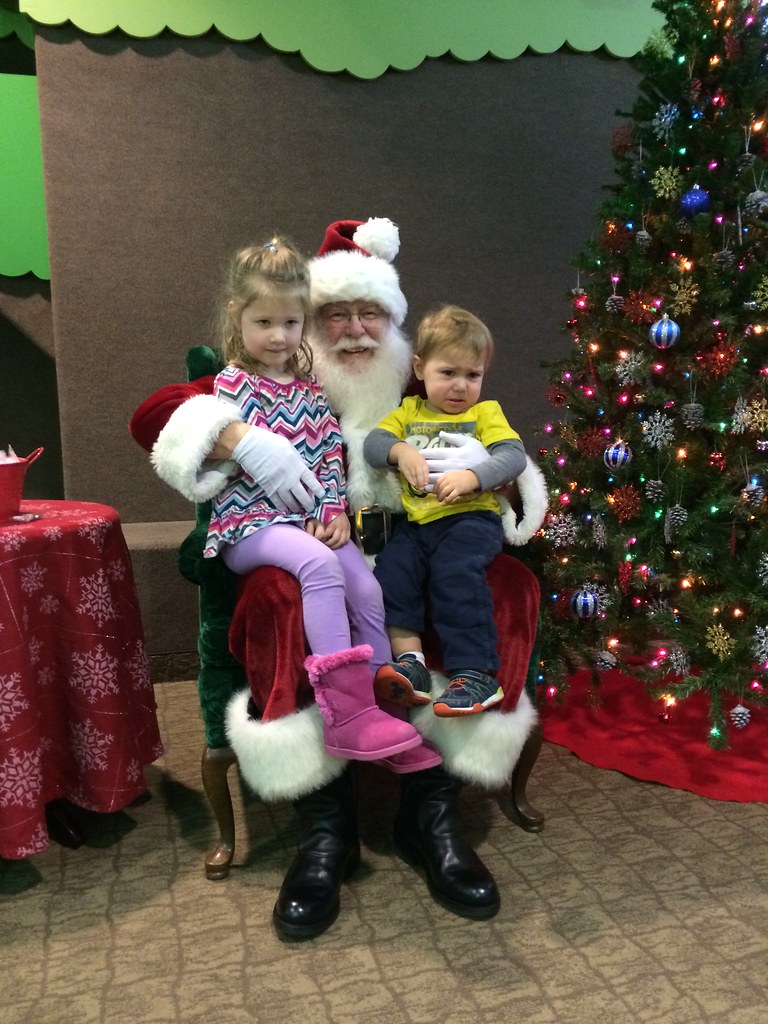 Other things about the month is your bad habit of biting! It is pretty bad and you have gotten your sister really bad (like top and bottom teeth marks that break the skin). I’m not sure when/where this started, but it happens pretty frequently. Most notably while you’re wrestling, you’re trying to get a hold on someone so you bit their clothes or a blanket, but often go beyond that. You do also do it when you’re angry. We’ve been working on it, but I’m a little lost at what to do to get you to stop. We do timeouts and tell you no that hurts people, but you continue to do it. You are stubborn and determined and opinionated–which is a fierce combination. You will throw tantrums if you don’t have the right cup or you’re not sitting in the right seat or we give you a red M&M instead of a Green one. You don’t like to wear mittens and most of the time hate getting your diaper changed (however the last few days haven’t seemed so bad). Tantrums include furrowing your brows, giving the evil eye, throwing your arm in an attempt to hit and yelling ‘No Mama’ or ‘Go Away Mama’ or ‘No, the oder one’. If I give you something you don’t like, you take it and chuck it and stomp around.

With all that said, you are quite the cuddler and comedian. You love to sit on my lap and snuggle under a blanket and watch Mickey Mouse. At night, we’ll lie in the rocking chair after reading books and you snuggle right into me and go to sleep. You love to randomly come and give me hugs and kisses while you’re playing and tell me ‘i wov you mama’. You love to read books and say ‘sit lap’. In the morning you’ll say ‘Eat’ ‘Mon mommy’ while pulling my finger, in which i’ll respond, ‘Do you want to eat, are you hungry?’ and you’ll respond. ‘Yes…,Yes I do’. While buckling you into your car seat, you’ll smile at me and tell me that it is ‘Chilly’ out. You do a great job of playing by yourself. You’re favorite way to play is laying on your tummy or on your side and you’ll put train tracks together, build tunnels for the trains out of cardboard, push cars around or do puzzles. You love to wrestle and be rough. You and daddy often tackle each other and you giggle and laugh the entire time. 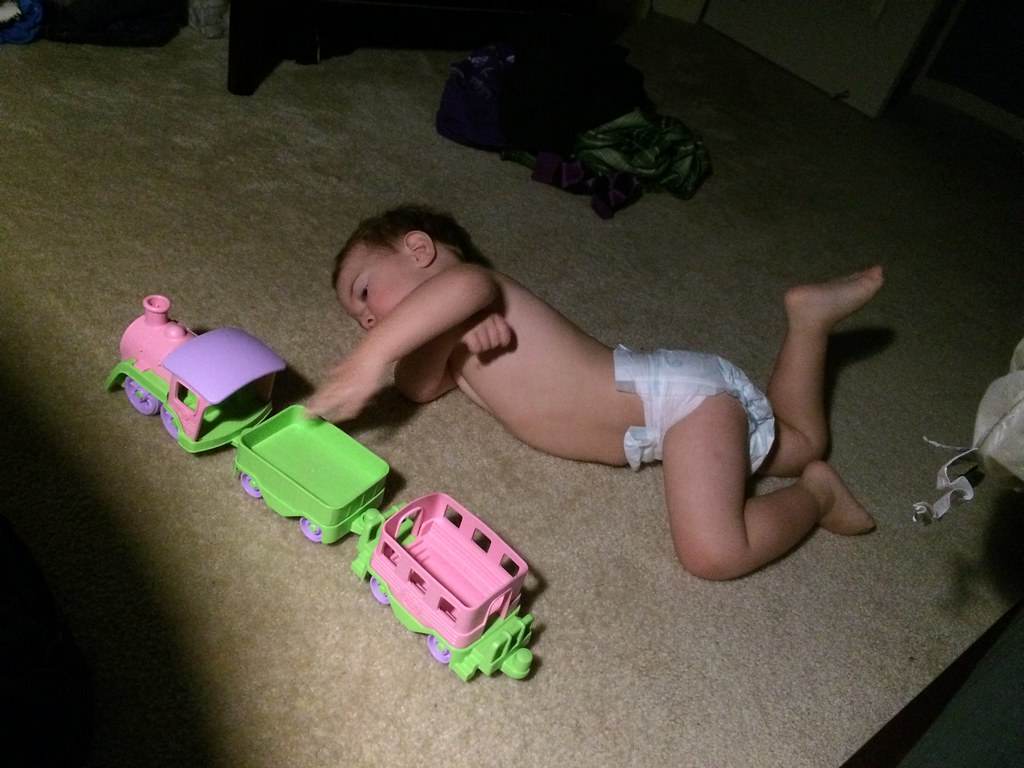 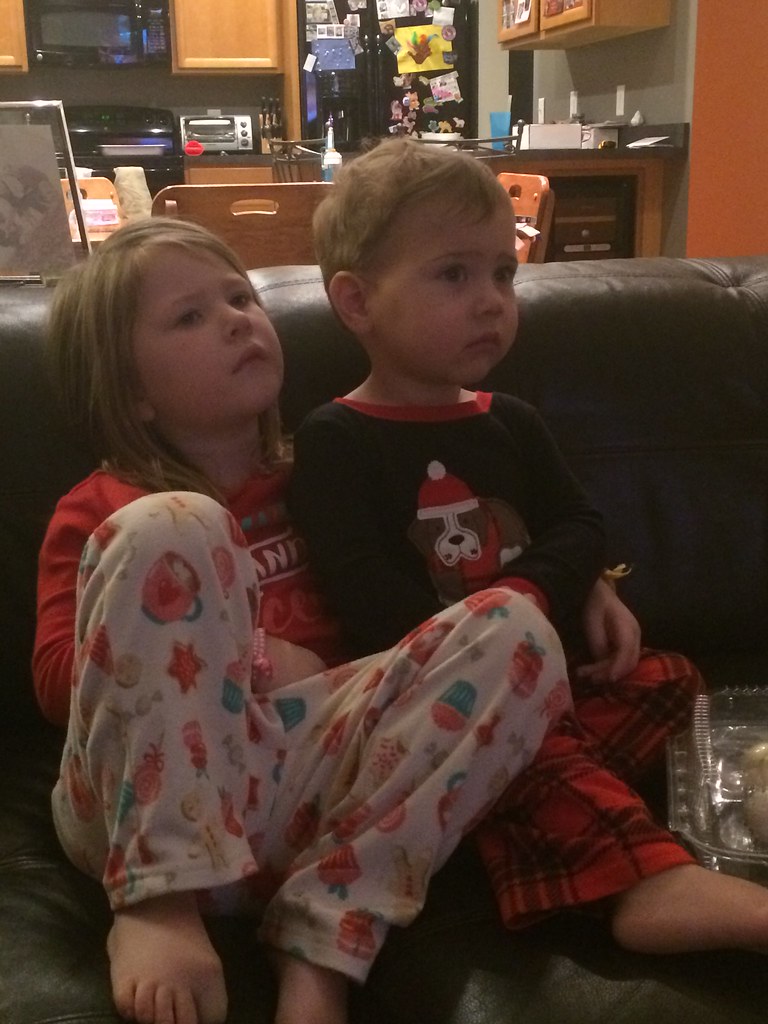 You also got your first haircut this month. You were feeling a little under the weather and sported your ‘grump face’ the entire time. But, you sat very still the whole time and looked so handsome and grown up by the end. 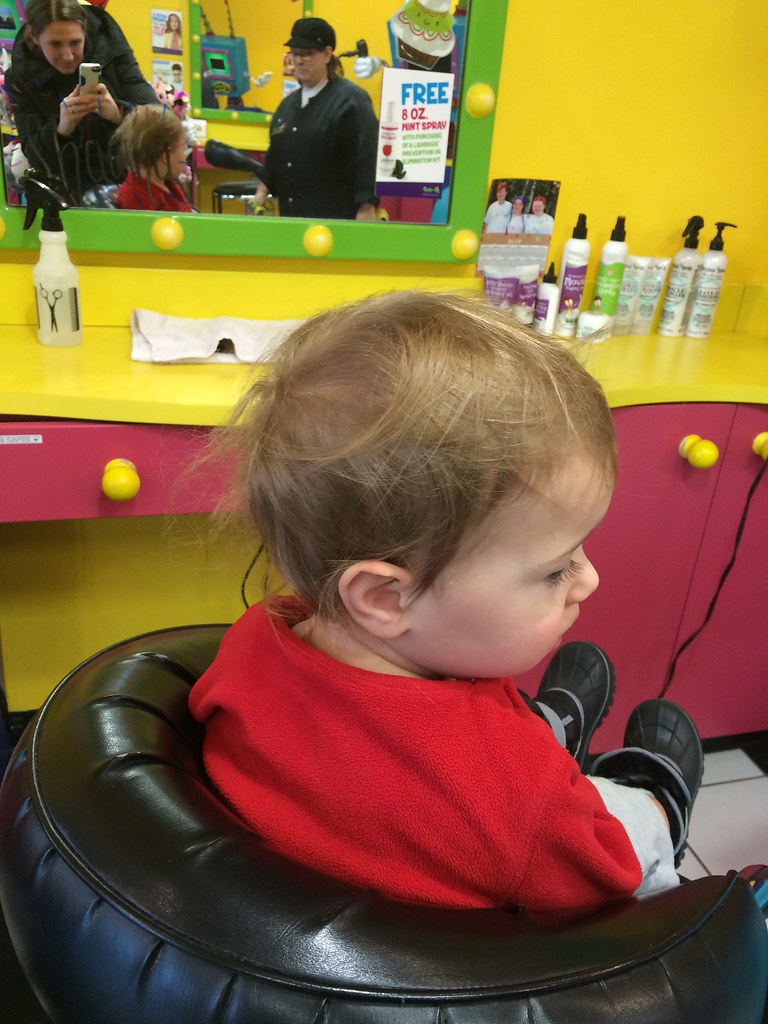 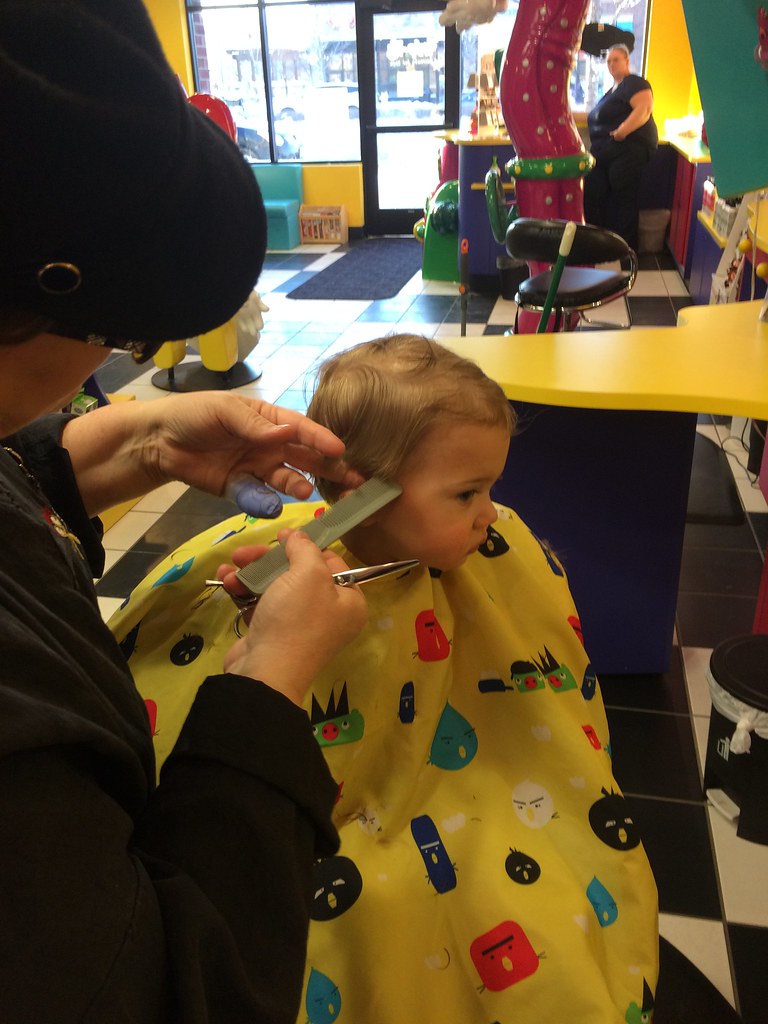 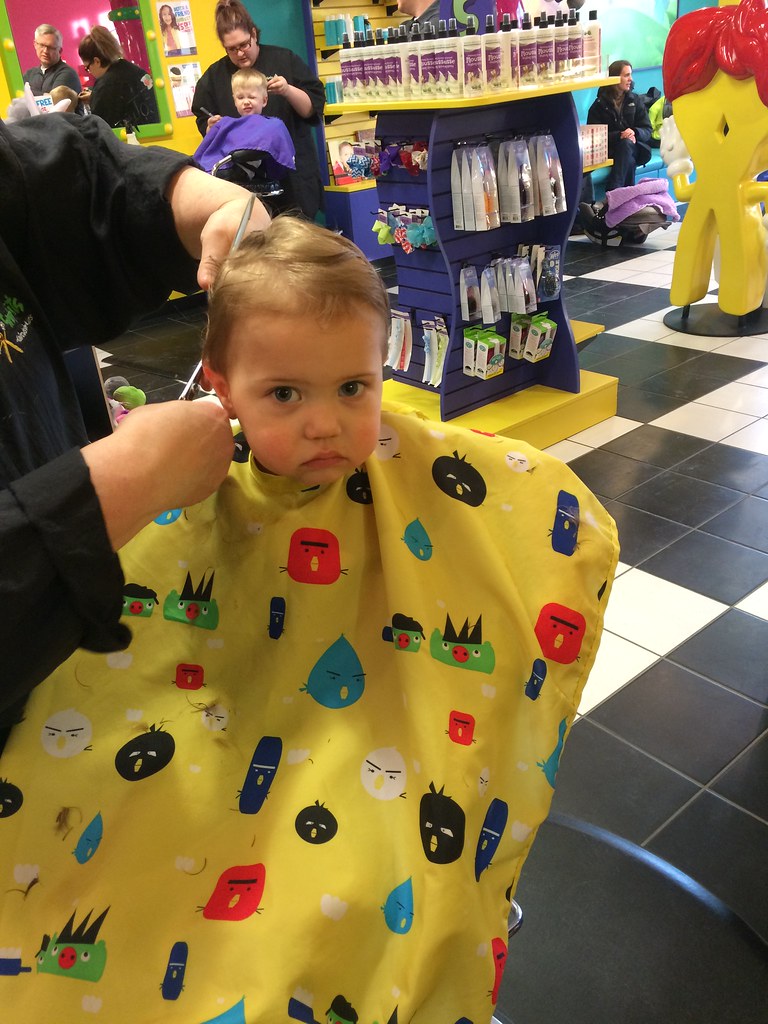